I would be honored to create a portrait of your horse. I work from photographs and enjoy painting the backgrounds intuitively with whatever I feel corresponds to each horses' spirit. Below is a gallery of my recent equine paintings. Below the images is a story about how this all began.

EMAIL ME to discuss the details. 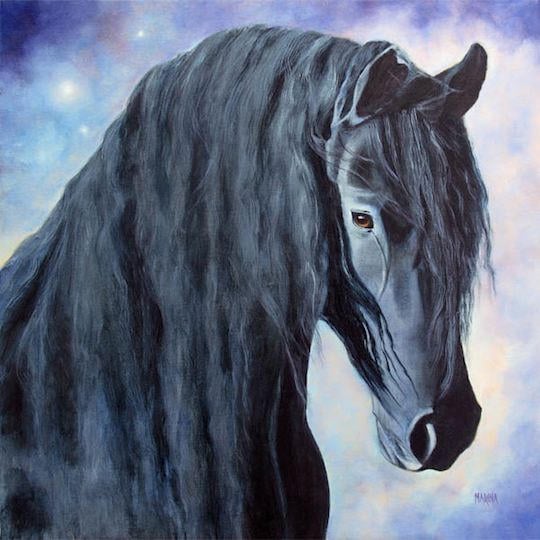 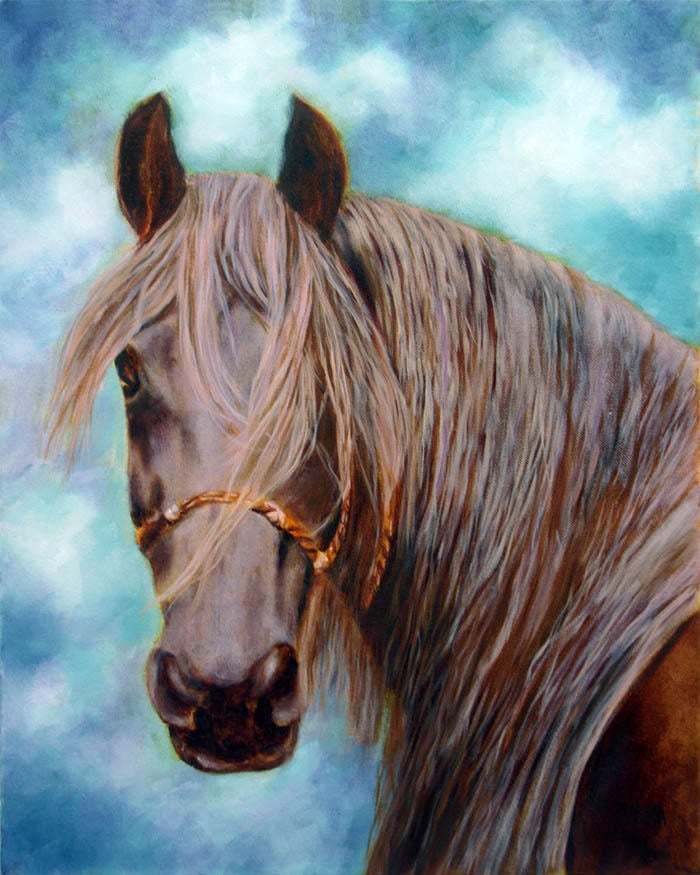 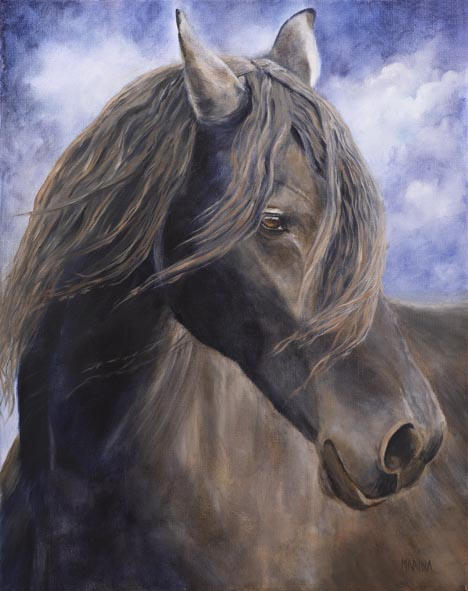 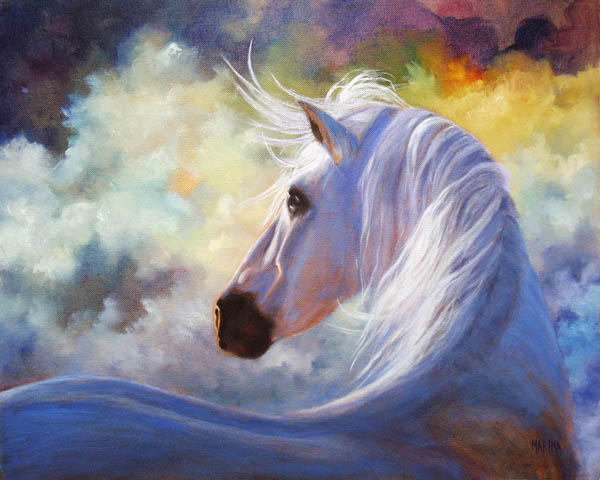 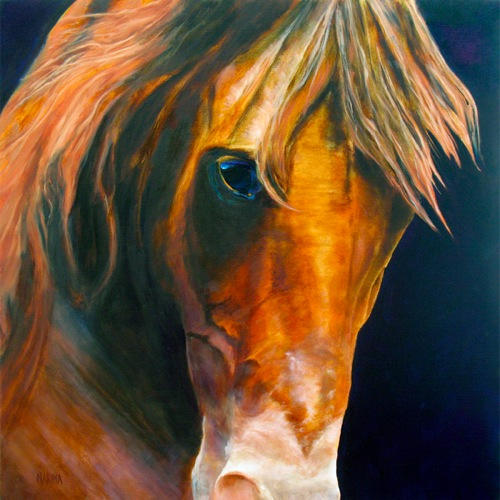 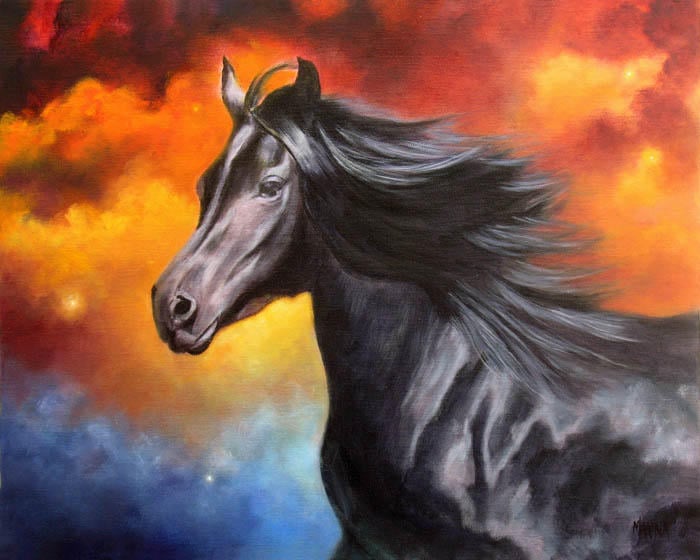 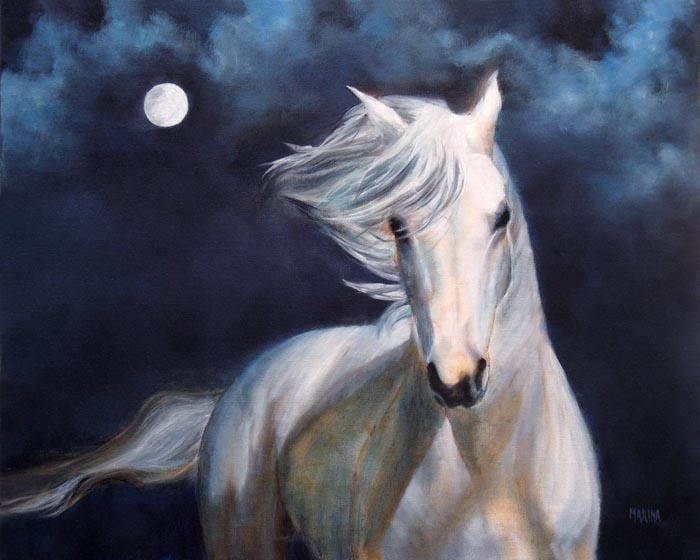 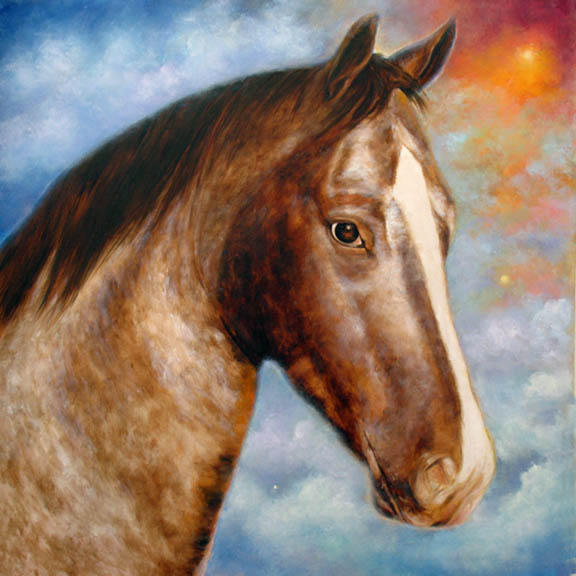 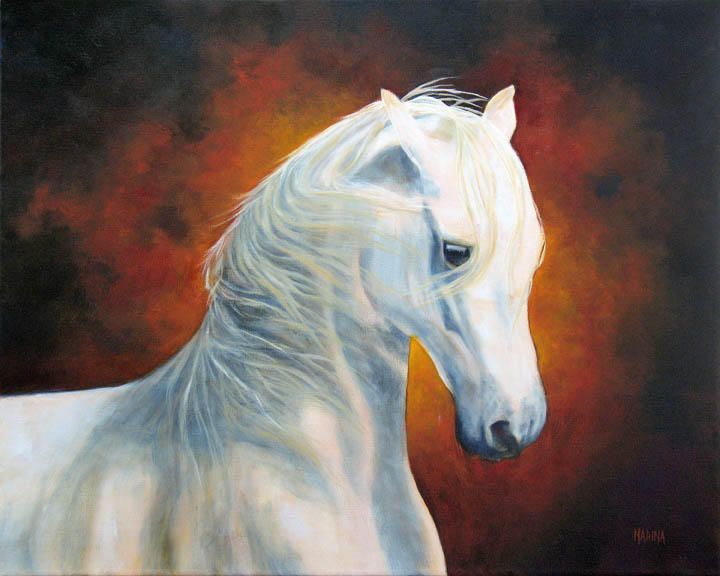 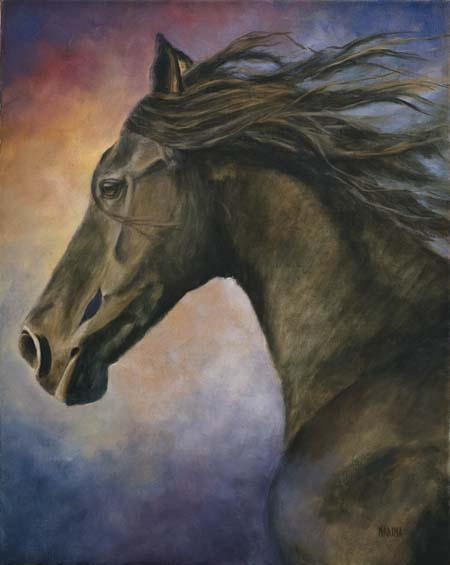 With an intuitive touch…
by Marina Petro

Just about the last thing I thought I'd be painting were horses!
But then again,  the last thing I thought I'd be doing as a profession is intuitive/psychic consulting. Thirty five years ago when a psychic reader told me I would discover a highly developed psychic/intuitive ability and offer consultations professionally, I suggested she was out of her mind! I couldn't even conceive of it! She was correct though. I've been working as an intuitive consultant now for the past thirty-three years with a clientele all over the world...who would have thought???

Back in February of this year, M.Theresa Brown, an artist from South Carolina, and one who's opinion I hold in high regard, suggested I paint horses when she discovered I live in Saratoga Springs. It was a 'duh' experience for me. She challenged me to think 'out of the box' and to jump 'out of the box' and I took the challenge. Initially, it was overwhelming and intimidating, because I already paint in four different styles, covering a wide range of subject matter. To add one more thing to the equation was almost too much for me to handle....and horses are really difficult to paint.  However, it truly felt like she was a messenger and I took the challenge.

So here I am again, extending the boundaries of my artwork to express and embrace the spirit of my first love, horses, with oil paint on canvas. As a child, I grew up in Astoria, NY. The only horses I got to ride were carousel horses when the carnival arrived and set up on the empty lot down the street.

I labored, with great resistance, with the first and second paintings. I would stand by my studio door just looking at the tiny progress I made with the first feeble attempts and walk away…day after day after day. After I completed the first two paintings,  my resistance minimized a bit, primarily because the first painting sold almost immediately and the response from people who saw them was astounding. I'd never received the amount of encouraging feedback on anything I'd ever painted before. The consistent comment has been 'You capture their spirit.' 'It's what you were born to paint.' and 'I've never seen paintings of horses like these anywhere.'

I've decided to offer commissioned Equine Portraits, with a special intuitive touch….The horses are painted true to life, and the backgrounds are painted with what I feel intuitively corresponds to the horses' spirit and how they want to be represented.

I encourage you, no matter what your profession or current interest, to stay open and take action on new creative ideas that are presented to you. Fight your resistance and insecurities and just begin...and continue...and persist. I believe that the purpose of life is to discover and express all of the gifts that are contained within us. It is the way of unfolding evolution and life.